Sight in the Dark: How Night Vision Works and Which Animals Can See at Midnight 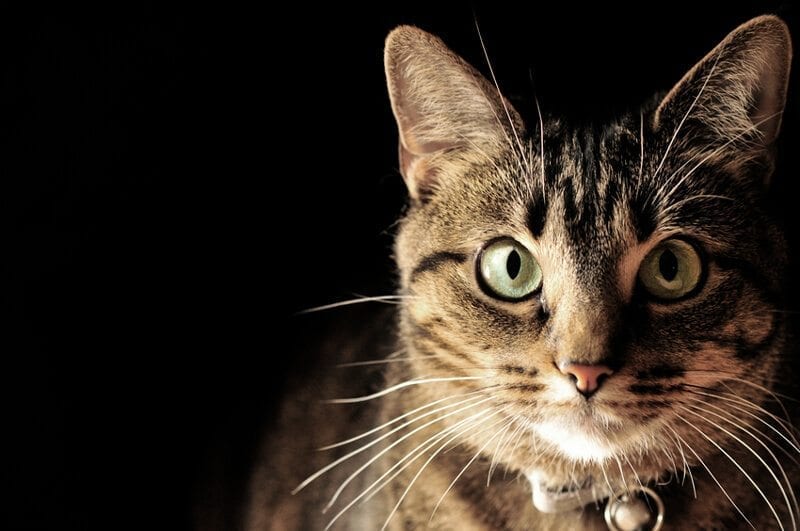 As the days get shorter, you’ll have to face the dark when you go outside in the evenings. Maybe in the summer you could walk your dog after dinner and come home before the sun set, but not anymore. The nights will continue to get longer until late December.

If we could see better in the dark, we wouldn’t mind the change so much. But human eyesight functions much better during the daytime. Keep reading to find out why that is and why some animals see much better than you do after dark.

How Do We See in the Dark?

The human eye lets light in through a hole called the pupil. A lens inside the eye focuses the image, and the retina detects that image—you might picture the retina as the wall a projector puts the image on. The retina contains two structures called rods and cones that detect light and send the image to the brain.

Rods are great at capturing very dim light and movement. However, they do not detect colors. We can see colors so vividly because of cones, which can only function when there is plenty of light. We have four times the number of rods than we have cones.

However, other animals that have more rods and fewer cones than we have can see even better in the dark, even if their color vision during the day isn’t as good.

Which Animals Have Great Night Vision?

Many nocturnal animals have spectacular night vision, including some animals you’ve heard of. Learn what makes their eyes work so well at night.

If you have a cat, you’re probably aware that your kitty finds his or her way around the house during the nighttime perfectly well. If your cat goes outside, you know that your pet has plenty of adventures after dark.

Cats have 25 rods per single cone in each eye, instead of our four-to-one ratio. This means that your pet doesn’t have many cones and therefore doesn’t have very good color vision. However, your cat can see with just one-eighth of the amount of light we would need.

The extra rods aren’t the only advantage cats have. Our pupils can widen and narrow to let in more or less light, depending on how bright it is where we are, but cats’ pupils widen much more than ours. Additionally, cats have a reflective tissue behind their retinas. It’s called the tapetum lucidum, and it basically bounces light around inside the eye so that the eye needs less input to see. This layer is also why your cat’s eyes glow in the dark.

Owls are much smaller than humans, but our eyes are nearly the same size. Owls’ extra-big eyes are great for capturing as much light as possible, making use of whatever glimmers of light are available. The results are great—if you put an owl on a soccer field lit by a single candle, with no other illumination from the moon or stars, the owl would probably be able to see a mouse anywhere on the field.

However, because owls’ eyes are so big for their head size, they cannot swivel their eyes inside the sockets like we can. In order to see from side to side, the owl has to turn its head. To compensate, owls can turn their heads almost completely around, granting them a wide vision field.

The tarsier is a tiny primate in Southeast Asia. The little animals are only about four inches long, excluding their tails. However, their eyes are about half an inch wide, which means their eyes take up nearly their entire head. Tarsiers have the biggest eye-to-body-size ratio known in the animal kingdom.

Tarsiers are nocturnal predators, looking for insects and small lizards or birds when there is little to no light available. They have to be able to spot and stalk prey in the treetops, jumping from branch to branch in the dark, and their prey is tiny and often camouflaged.

Like owls, tarsiers’ huge eyes gather and reflect any speck of light available to give them a clear picture of their surroundings. Again like owls, their eyes are so big that they can’t move in their sockets, so tarsiers can turn their heads 180 degrees.

Other animals can see well in the dark in different ways. Snakes, for example, rely less on rods in their retinas and more on thermal vision, which lets them see the body heat of nearby mammals. Bugs have very different eyes from ours. They don’t have rods and cones, but their eye structure has still evolved in some species to see well in the dark.

Though you’ll never see as well as a cat in the dark, if you feel that your eyesight isn’t what it should be, come to All About Eyes. Humans can suffer poor night vision as a result of problems like cataracts or nearsightedness. We’ll do a full evaluation of your eyes and help you find effective treatment.

Find a location near you

RECIEVE ALL ABOUT EYES UPDATES