The Best Eyes in the Animal Kingdom 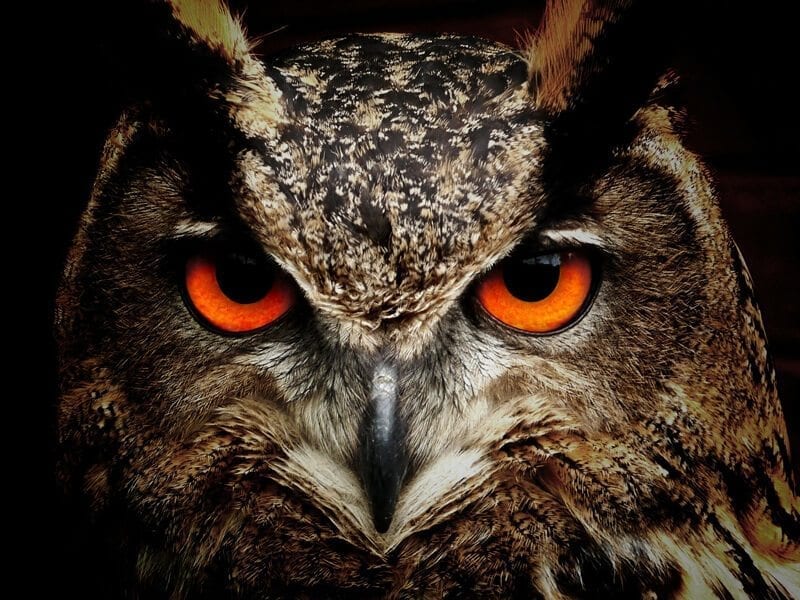 As far as eyesight in the animal kingdom goes, humans see quite well. We can see stars glowing from millions of light-years away, we can see a wide range of colors, and we can see clearly for miles if our sight isn’t obstructed.

With vision correction, we can achieve “perfect” eyesight for humans, but although our sight is pretty incredible and probably the sense we rely on the most, our vision pales in comparison to that of some other animals.

While it’s nearly impossible to definitively rank which animals have the best eyes, since vision covers a wide range of attributes, we can see how the superior eyesight of certain animals compares to human eyesight. Each animal in this list, like humans, relies heavily on its eyesight for survival.

All birds of prey have excellent long-distance vision, but eagles stand out. They can see clearly about eight times as far as humans can, allowing them to spot and focus in on a rabbit or other animal at a distance of about two miles. While we can see a candle flame at that distance, a small animal camouflaged in its surroundings would be hidden from us.

As far as daytime vision goes, eagles, hawks, and falcons reign supreme. However, they don’t do as well during the night.

These nighttime predators take the torch from eagles as soon as the sun goes down. Unlike many birds with eyes that sit at an angle, owl eyes face directly forward, giving them incredible binocular vision. Although their large eyes can’t move or roll like human eyes can, owls can move their heads nearly all the way around, allowing them to have a 270 degree range of vision without moving their bodies.

Their large, tube-shaped eyes contain many more rods than human eyes, which allow them to be more sensitive to light. Their irises widen to allow more light to reach their retina at night. Because the iris adjusts, owls can also see during the day (unlike other nocturnal animals that can only see well at night), but their vision is slightly blurry and they cannot see colors well.

Owls and other animals with excellent night vision have a reflective surface behind their retina known as the tapetum lucidum. This thin layer allows light to reflect back into the animal’s eye after it’s already passed through, giving the animal two chances to collect an adequate amount of light.

Humans, on the other hand, don’t have this trait, so our day vision is vastly superior to our night vision.

Eagles may be able to spot a rabbit from the sky, but mantis shrimp might have the most complex eyes in the entire animal kingdom.

For example, humans have three types of cones in our eyes, allowing us to see the colors red through violet. Mantis shrimp, on the other hand, have 16 types of cones. While scientific research shows this doesn’t necessarily mean mantis shrimp perceive minute differences in color, or see colors we can’t imagine, it does indicate that mantis shrimp have an advanced color recognition system.

The set-up of their eyes allows the shrimp to move the eyes independent of each other without compromising vision (much like a chameleon). They therefore have a wide field of vision, and their color receptors allow them to pick up on small changes in color almost instantaneously. This can help them find prey and mates, and avoid predators.

When considering the incredible vision many animals possess, you may not think to put grazing animals on the list. However, if you look closely at a goat’s eyes, you’ll notice that their pupils are shaped like horizontal lines.

Research has found that pupil shape and eye orientation depend highly on the activities undertaken by different classes of animals. Tall daytime hunters generally have forward-facing eyes with round pupils, while small animals like cats, snakes, and foxes that hunt during the day and night have vertical slit pupils that help them with depth perception as well as night vision.

Prey animals, like deer, horses, and elk, who spend their time grazing out in the open and must be constantly on alert, have wide and narrow horizontal pupils, which gives them a wider field of vision than nearly any other animal. When they lower their heads, their eyes also rotate so they have a constant view of the area around them.

While humans don’t have superb night vision, the ability to see UV light, or vision that extends beyond 180 degrees, we do have the perfect vision to suit our lifestyle needs. We can also improve our eyesight if we experience impaired vision, unlike any other animal.

If you need vision correction, come to All About Eyes to get an examination from one of our optometrists and learn about the glasses and contact options we offer.

Find a location near you

RECIEVE ALL ABOUT EYES UPDATES